Alain’s Tonejuice is my international band project consisting of six musicians from Switzerland and England. I encountered these musicians at different jazz workshops in France and Florian Weiss used to play in my Zurich based Quintet Footprints a few years ago. To kick the project off, I gathered the band to rehearse and record an album with my originals in Belgium, half-way between Zurich and London in a rural hideaway.

Alain Brenzikofer discovered jazz at the International Music Camp in Canada in 1997 after having played the saxophone since the age of 10, mostly in a wind orchestra. Illinois Jacquet and Eddie Harris opend the door to jazz for him. In 1999 he studied at the Academy of Contemporary Music in Zurich but then chose to do a masters degree in electrical engineering at ETH Zurich. During 13 years he was member of the ETH Big Band and had the chance to go on tour in eastern Europe, China, India and Brazil. Apart from that he played for the Big Band of the Zurich Jazz School and in Horn Sections for Elijah, Lakeside, Royal Hangmen, Mike Sanchez or Stan or Itchy. A bandleader of various formations since 1999 (currently: Footprints), Alain had the chance to grow as an improvisor and composer. His musical language is characterized by body-moving, ethnical, often odd-metric rhythms and strong sounds. Alain’s formation continued with summer schools like Siena Jazz (3° livello with Paolino dalla Porta, Stefano Battaglia), Generations Frauenfeld (Lewis Nash, Adrian Mears, Peter Bernstein), Berklee Summer School (Dino Govoni, Oscar Stagnaro), Trinity College London (Julian Siegel, Simon Purcell, Gareth Lockrane)

Florian started his studies at “Hochschule der Künste Bern, Abteilung Jazz” in 2012. Among others, he studied with Bernhard Bamert, Bert Joris und Frank Sikora. For his MA in Jazz performance he moved to “Hochschule Luzern” where he gets tuition from Nils Wogram und Markus Wüest. Besides his own projects Woodoism and La Môme he can be heard on various stages in Switzerland and beyond. He worked with Julian Sartorius, Lucas Niggli, Andreas Tschopp, John Voirol, Opernhaus Zürich («Die Soldaten»), Mario Batkovic, Alain Brenzikofer’s Footprints and played at the Int. Jazzfestival Bern, Jazzfestival Schaffhausen, Moods im Schiffbau, Jazzfestival Wetzikon, BeJazz Bern, Bird’s Eye Basel. Florian got an excellence scolarship from the Hirschmann foundation during his Bachelor studies and another one from Friedl-Wald foundation. 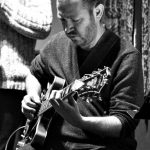 Will is one of the leading guitarists on the vibrant Leeds jazz scene, and has played with all of the area’s best musicians, as well as many visiting guests; including being called upon by the multi award winning vocal star Liane Carroll to join her band for her recent gig at Seven Arts in Leeds. He has studied with the likes of Northern guitar legend Mike Walker, Simon Purcell (Head of Jazz at Trinity College of Music, London), and Julian Siegel (Partisans), and counts guitarists such as Bill Frisell, Peter Bernstein and Phil Robson in his influences. Will is also a gifted composer and band leader, leading and co-leading several bands under his own name, playing his original music, which draws on contemporary jazz and improvised music as well as alternative rock sounds. He also currently holds the guitar seat in the popular Tom Sharp Jazz Orchestra (winner, Northern Big Band Competition UK in 2016). 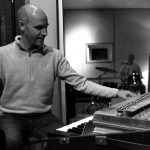 Matt began experimenting with jazz and improvisation as a young pianist; this early exploration became the primary influence over his musical career. Matt studied Composition at the Royal Academy of Music, graduating with Honours in 2006, and has written music for award-winning films, TV shows and commercials. As a songwriter and producer, he has worked with prominent artists including Mika and Hayley Westenra. Matt studied jazz piano with Nick Weldon, and has continued his development at summer schools under the tutelage of Mike Gorman and Robin Aspland amongst others. He frequents London’s jazz scene and can often be found at jams including the well-known Herne Hill session. 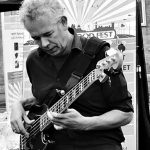 Alexander is a busy bass player on the London Jazz and Afro Cuban music scene. He is an Alumni of Goldsmith University and has studied with John Goldsby, Henry Lowther amongst others. He started one of South London’s best known weekly jazz Jam Session in Herne Hill and has shared the stage with renowned Jazz and Latin contemporaries such as Anita Wardell, Soweto Kinch and Roberto Pla. Alexander also performs regularly with several Jazz combos and with the following established Cuban bands; Orquestra Estelar, Bilongo and Here to Havana. 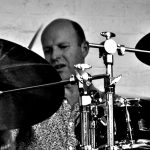 Mike has been working as a drummer with a variety of musicians over the years and is experienced in many musical styles, from Jazz Ensemble to Rock/Funk and Fusion studio session work and corporate function bands on the circuit. He is House Drummer for a well-known Jam session in London. Mike has been lucky enough to study with Dave Weckl and other acclaimed session drummers: Tristan Mailliot (Acoustic Alchemy, Jim Mullen, Anita Wardell); Geoff Dunn (Van Morrison, Manfred Mann Earth Band, Procul Harum); Elliott Henshaw (Buddy Rich Big Band, Tony Christie). He has also worked as an assistant tutor on Jazz Summer schools in France and has supported and performed with top UK jazz musicians including BBC award winning Jazz vocalist Anita Wardell; Barry Green, Rob Barron, Robin Aspland, Reuben James; Gareth Lockrane, Alex Garnett, Christian Brewer, Mick Foster and Jeremy Brown. Mike likes to think of himself as a solid, dependable (sometimes friendly) groove man !

Our trombone hero Florian Weiss was awarded the ZKB Jazzpreis with his band Woodoism. Congratulations from Tonejuice!

On a hot early summer day in front of a big and interested audience, we gave the last concert for this tour. A wonderful finale in Alain’s hometown Zürich.

A wondeful home game at a packed ESSE bar. This so far was the highlight in all concerns. Thanks to Tomas&Thomas from ESSE and our wonderful audience.   Photography: Reto Stalder